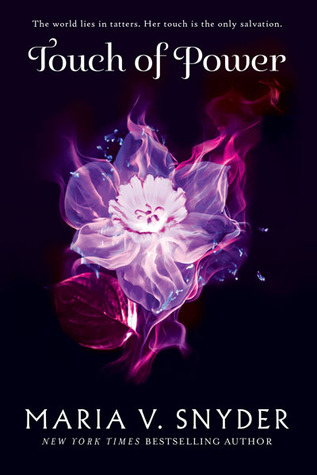 The world lies in tatters. Her touch is the only salvation.

I blame Apple for making me read this book (it was free on iBookstore). I’m still not sure if that’s a good blame or a bad blame. Well, at least it got me out of my reading block. Get ready for a ton of references to other books. Slight spoilers ahead.

The blurb reminded me of Eragon (which was an meh book for me) so I didn’t read it. Now, afterI’ve read it, I still think it’s kind of like Eragon. Minus the cool dragons. I do love the little roadtrip they had at the start which I think was a nice way of introducing us. And that’s probably all I liked about the plot. Actually, I will list out all the things I liked about this book, so I can rage freely after it:

I was really confused in the first half because I felt like the author hadn’t really described the world enough for it to make sense. This was literally what was going on in my head reading those first chapters.

Take for example, the lilies. They’re just suddenly shoved into the story around Chapter 2 and we really don’t get an explanation about them until Chapter 8-9. Then there was the magicians. Avry tells us there’s eleven different types in Chapter 5. When does she tell us what those types were? Chapter 9. Don’t get me wrong, I really liked this world. It just needed a bit more explanation.

Onto the characters. They were pretty flat too. The group she travels with is pretty forgettable. There was five guys with her- five!- and one of them even dies. Do I care? No. His death was so pointless in the overall plot I didn’t even care. It didn’t motivate Avry or do anything really.

Avry herself was an ok character. They both are badass and have their own secrets. I really liked how Avry was such a mysterious character even for the readers. Or maybe it’s just  because the plot was so undeveloped.

The other character I feel I should mention somewhere here is our bad guy, Tohon (what kind of name is that?) He was the villain who has brains and thinks things through really well. Both him and Valentine give off that creepy scientist vibe. Did anyone else get that vibe? It’s really refreshing to see a villain with this feel. I’m getting bored of the wanting revenge ones. It’s one more thing the book got right.

Still crazy obsessed with High School Musical and is disappointed real life high school did not involve as much singing and dancing. Super cynical about Disney movies and kdramas but still loves them. Blogs about books and feels. View all posts by Prima

8 thoughts on “Review: Touch of Power by Maria V. Snyder”